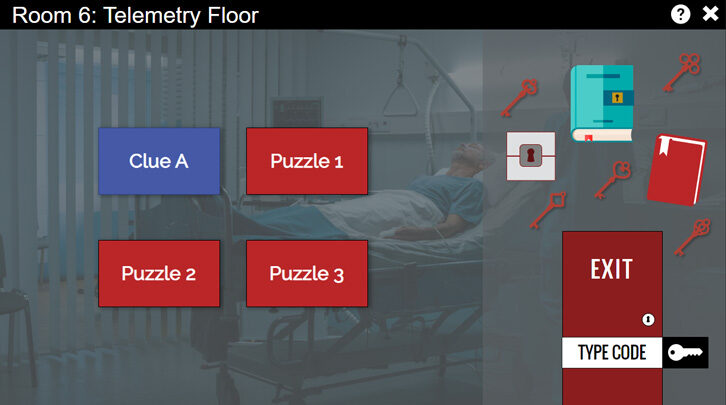 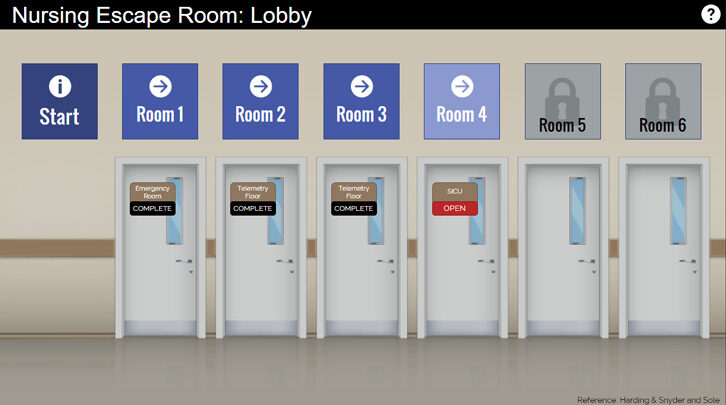 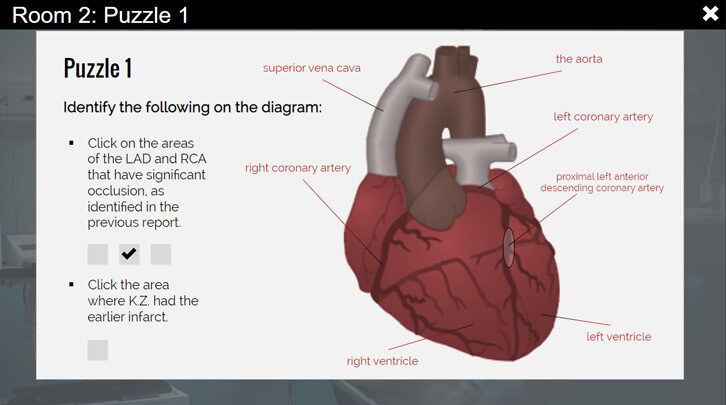 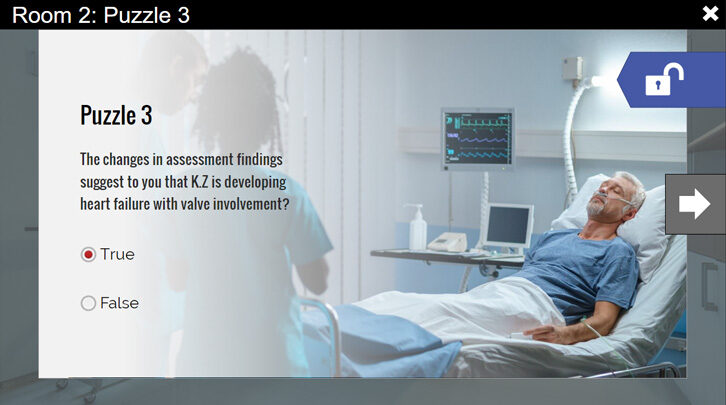 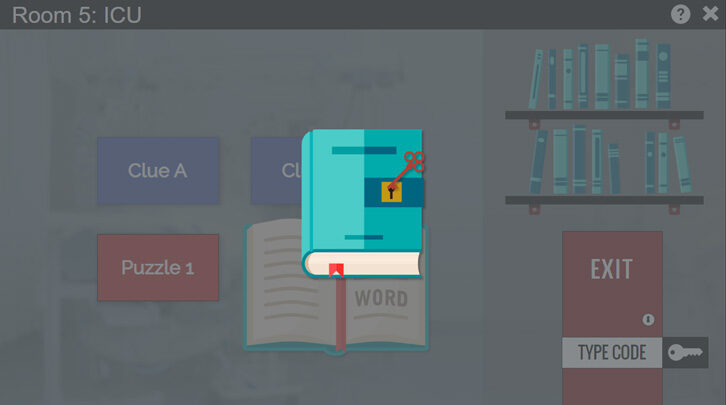 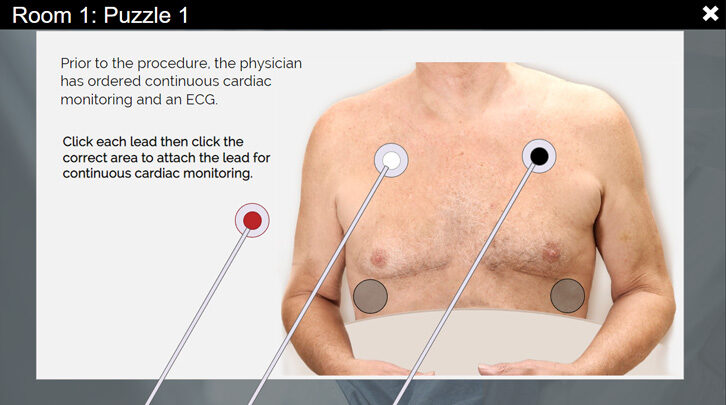 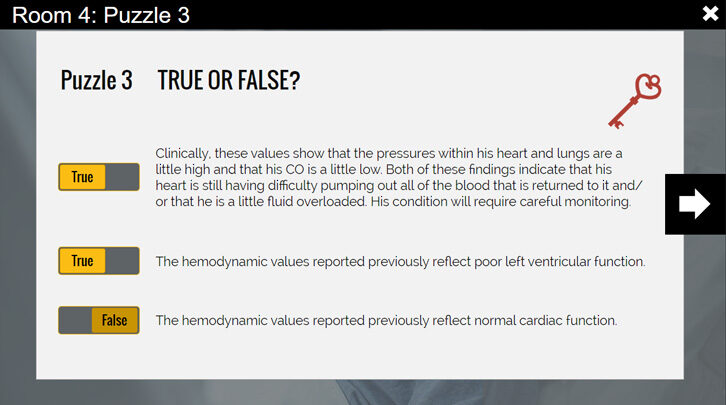 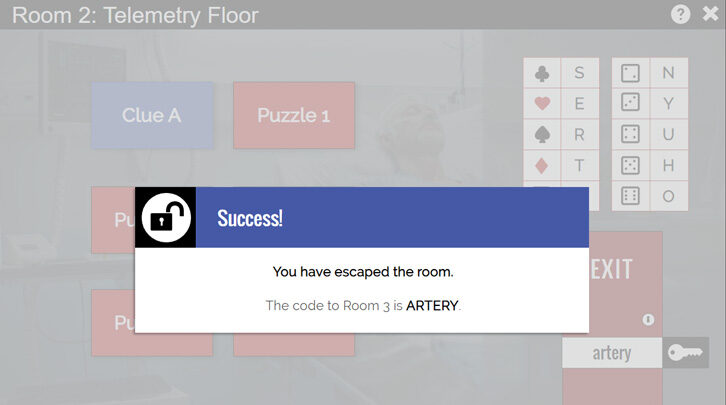 Contact me for the answer key, you won’t be able to complete the escape rooms without sufficient nursing knowledge.

This is an unfolding escape room for a Complex Nursing Concepts and Practice II course. There are 6 separate escape rooms in this web-based activity, so it can be completed in-class as a group, in virtual online breakout groups, or individually at home. The activity is designed to be returned to over the multiple weeks of the course and pick up at the next escape room with just a code word to get into the door. The case study was written by a faculty and instructional designer, it’s about 18 pages long.

I divide that content into “clues” which is generally the updates on the patient’s progress and condition. They then must complete the puzzles to move forward, which are going to be questions about the care of the patient, which aligns with that week’s course content. At the end of each room is a door puzzle, this is the one puzzle that is not course content related.

Some weeks had a lot of content questions, so the door puzzles are easier on those weeks. The week with only a few content questions has the more complicated door puzzle. The door puzzles at the beginning of the course are simpler and builds on each other. So the first one is a symbol to letter cypher, and teaches the learner they may have to go back to the completed puzzles to look for clues to find the symbols. It also teaches the learner they will be often asked to unscrambling these letters to get a codeword. Subsequent escape rooms each introduce a new game mechanic with the door puzzle, and the final room utilizes many of the game mechanics in the final door puzzle.

Multiple cohorts of students have gone through these digital nursing escape rooms and while it was originally created for the ABSN program at TLU, it was such a success it was used in the DEMSN program as well.