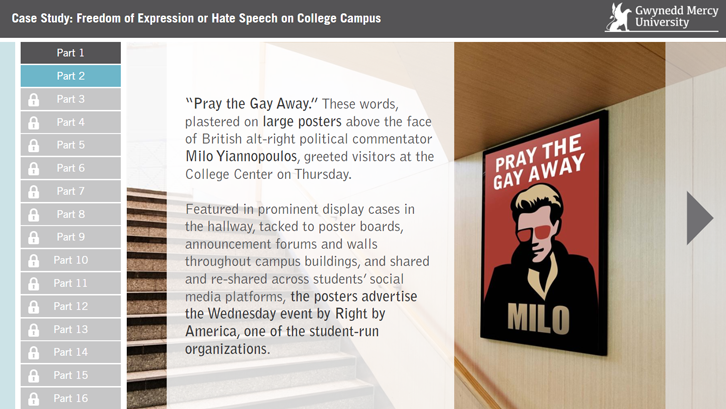 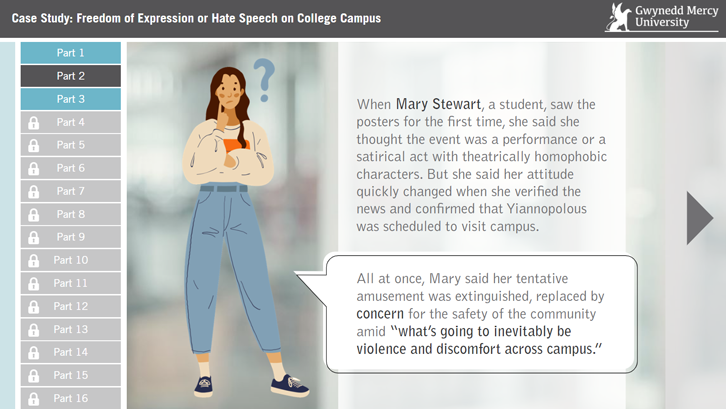 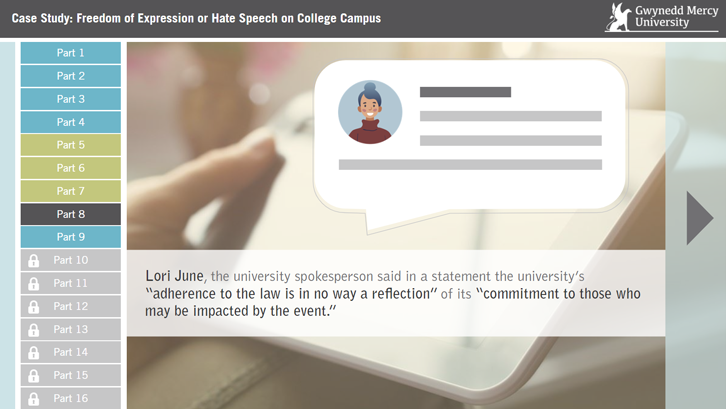 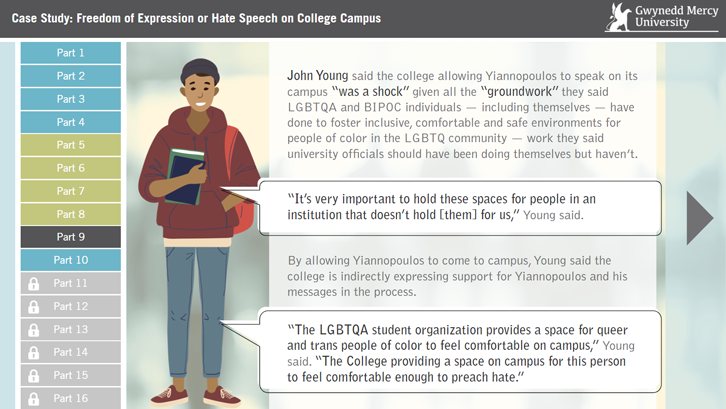 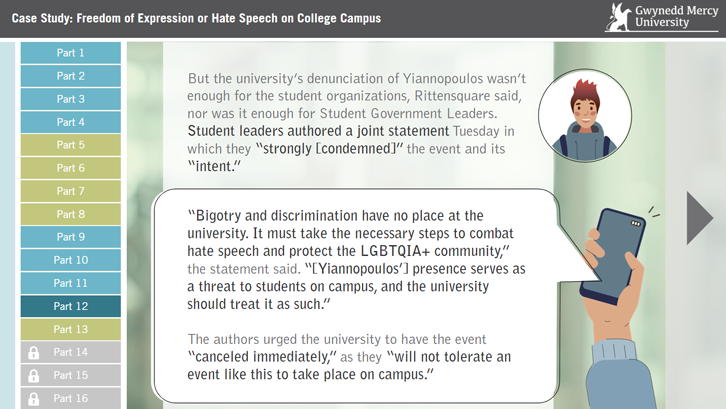 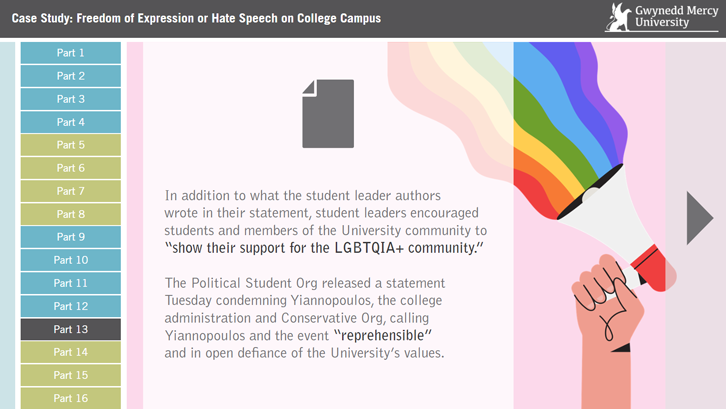 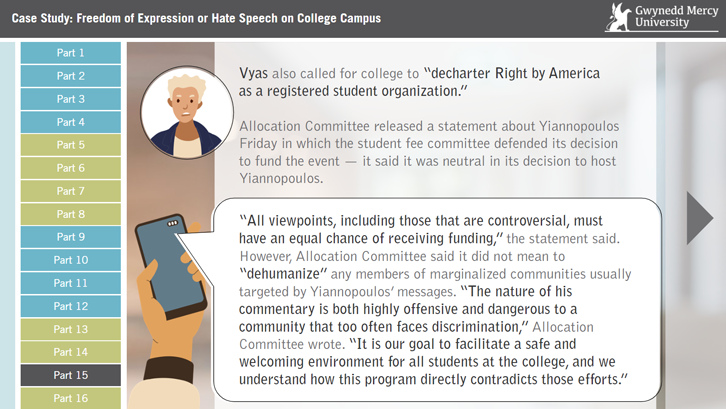 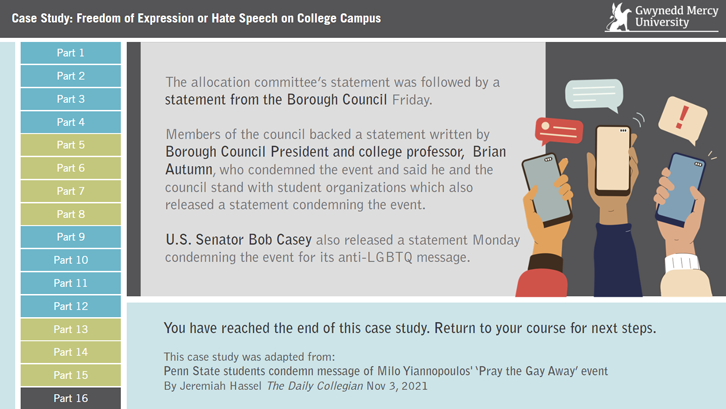 Freedom of Speech or Hate Speech on College Campus Scenario

A visual case study for the course ‘Equity-Minded Innovation in Higher Education.’ The learner reads the scenario and then discusses their reflections with their classmates.

This was a multiple page case study, so I sectioned the case study into the different “beats” of the story and ended up with 16 parts. The navigation on the left is initially locked so the learner reads the scenario in chronological order. I then created some custom vector graphics, combined with stock photo backgrounds, and adapted vector illustrated characters to represent the people in the scenario.

I really like this style and would love to do more stories with vector characters on photo backgrounds.

This case study was adapted from: Penn State students condemn message of Milo Yiannopoulos ‘Pray the Gay Away’ event by Jeremiah Hassel The Daily Collegian Nov 3, 2021