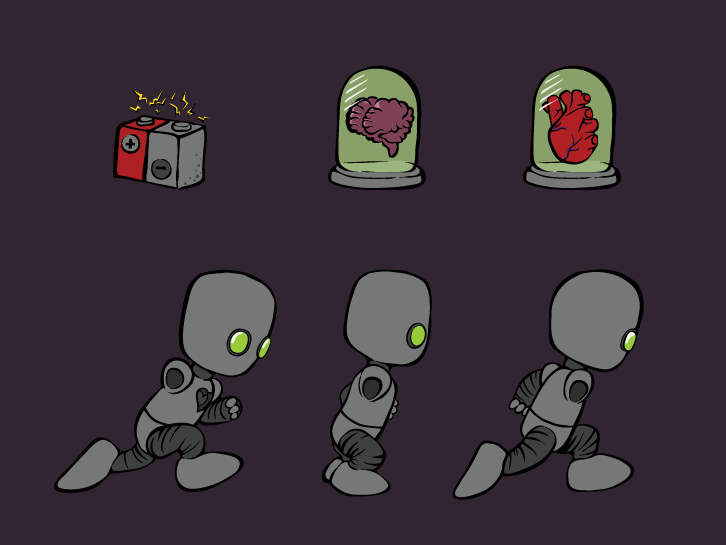 Over the weekend of January 25-27, 2013 I teamed up with the programmers over at Nullspace Entertainment LLC – James Justin, Stacy Layton and Jamie Smith – as well as animator and sound designer, Patrick Scofield, for the Global Game Jam. The goal of a Game Jam is to start and finish a game in less than 48 hours, and the theme was the sound of a heartbeat.

Our team created Cor Seeker, a time-based side-scroller, where you play as a robot with a clock whose time is running out. The only way for him to live, is to pick up additional batteries that give him more time. But it’s only a temporary solution. Lucky for him he can accept bio-mechanical implants. If he can dodge the early generation robots whom charge at the sight of him, he’ll find a brain. It extends his life, but his clock still keeps ticking down. Perhaps the only real solution is to replace his clock with a heart.